2021, Video essay / Lecture performance / Workshop
Hosted by School of the Forest, curated by Jose Cáceres Mardones, Paula Baeza Pailamilla and Domenico Ermanno Roberti in the frame of the project A forest of many worlds

Before the Sihlwald was declared a protected "Wilderness Park" in 2009, it had been exploited by humans for centuries. Its most valuable resource, wood, was used by many generations of Zurich residents for construction and energy production.

Willimann/Arai investigate the history of this ancient plantation forest through the lens of the bark beetle. Considered a dangerous pest by the forestry industry, the ips typographus – the most famous of his kind – is seen as an „architect of change“ by the park administration and other environmentalists.

On their own and together with audiences, Willimann/Arai collected and studied bark beetle traces in Sihlwald by means of 拓本 (Tàpiàn) technique, which is known in the West as „frottage“ or „rubbing“.
A video essay based on this research reflects on human and non-human sign systems and the origins and spread of ancient printmaking techniques, addressing the bark beetle as a protagonist in this entangled more-than-human historiography. 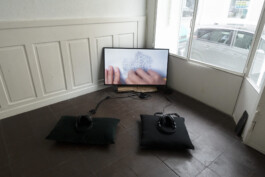 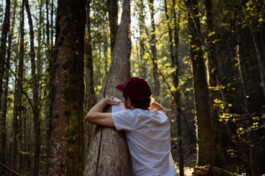 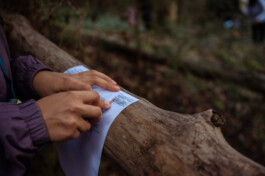 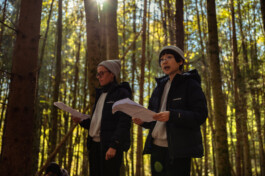 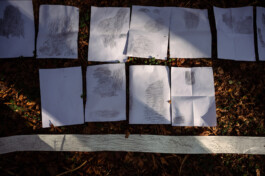